A Story about Self-reliance with a Teen 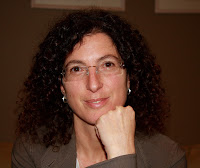 Then I realized I did not want our relationship to be one of dependency. One of Noël Janis-Norton's key strategies that she teaches is for parents to teach and train their children to be self-reliant. This means not doing anything for your children that they can do for themselves. If you do things for them that they can do, we can end up becoming a servant to our children which actually makes them lose respect for us.

So, going back to my son.... I wanted to preserve our relationship as adult to adult and not one of dependent child. It would have been so easy to give in, to think "What's the problem?" It would be a nice thing to do. However, there are plenty of other ways that I can show that I care and love my son, rather than falling into the trap of doing things for him that he can do for himself. So now if he wants to come with me, he knows what time I leave the house and he can choose for himself whether he gets up in time to join me.