My 3 yr old refuses to walk down the stairs! 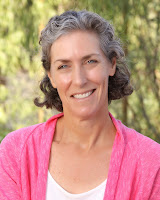 A few days ago I ran into a parent who had attended Noël Janis-Norton's  Calmer, Easier, Happier Parenting seminar a few years ago. We reminisced and laughed about a memorable question she had asked Noël during the seminar. The issue she was having at that time was that she and her husband always had to carry their 3 year old son down the stairs because he refused to do it on his own.  Whenever they encouraged him to hold the railing and to try taking steps, he sat down and cried until they picked him up and carried him.

In Noël's kind and common sense style, she said,


"Why do you think he won't go down the stairs by himself?"

The mother thought about it for several seconds, shook her head and then sheepishly answered,

"Because we're carrying him?"

As she said it, she and her husband laughed and all the parents in the room laughed as well because everyone there could relate to this scenario. Here's what Noël said:

The parents got united and decided to make a new rule that they would no longer carry their son down the stairs but would walk next to him and hold one hand while he held onto the railing with the other. So at a completely neutral time, not right before he was about to go downstairs, the parents told him the new rule and did a think-through with him, asking him to tell them what the new rule was and then having him answer a few questions about what he should do to go down the stairs safely.  They also "Prepared for Success" by anticipating that he would be upset by the new rule and then using Reflective Listening to acknowledge and validate his feelings and to help him move through the upset feelings faster, such as "You might wish we would still carry you since we've been doing that for awhile."

After doing a few think-throughs about the new rule, he started going down the stairs on his own, and his parents were right there nearby to give him lots of Descriptive Praise for being brave and self-reliant!