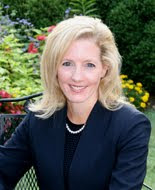 My two daughters were guinea pigs during my training under Noël Janis-Norton to become a Calmer, Easier, Happier Parenting practitioner. I was practicing the skills in my own home and reporting to Noël how it went.  Things were going well with the younger, but the elder teenager was resistant. “Don’t use your therapy on me!” she would say. She would roll her eyes at Descriptive Praise, Reflective Listening, and think-throughs. Noël advised me to persevere.

I was beginning to doubt Noël. Her program had been developed at the elementary level.  It didn’t seem to be translating to my teen. Things were becoming calmer and easier, but my older daughter was begrudging the techniques. I had been using the five skills to help make my household run more smoothly. One of the routines we were establishing was keeping the kitchen clean. One day I walked through the kitchen and noticed it was sparkling. I knew my older daughter had done it (without being asked!), but since she had been so resistant to Descriptive Praise, I decided not to say anything.  Later, when we got into the car to go out, she flopped in the front seat, folded her arms, and said, “You didn’t even notice I cleaned the kitchen!”

Noël was right! I was wrong.  Despite their outward reaction, children and teens need Descriptive Praise. It is food for their soul. She was also right in her encouragement to persevere. Too often we respond to the reactions of the moment. We withdraw. We give up without that immediate positive feedback to our efforts. Of course we know we should not, but we do. I try to remember the kitchen experience with my daughter when I am ignored, rebuffed or dismissed.

Noël was also right when she encouraged me to “tuck in” my older daughter just as I was doing for my younger. I had decided not to go through the ritual with my teen because she was prickly and I thought she wanted me out of her space. But I was in training, so I wanted to do what Noël recommended. Tucking in my teen was a stilted experience at first. I was sincere, but my daughter seemed to be enduring the moment. I persisted. I would say sweet things and resisted the urge to review the day, bring up “helpful” criticisms or remind her of things she had to do. I would then say a prayer out loud even though it may have seemed a little hokey to her and then I would give her a little kiss. After awhile she warmed just a little and our relationship strengthened.

The five Calmer, Easier, Happier Parenting skills may have been born in an elementary classroom, but they are foundational to all ages. They have even been known to work on spouses! Descriptive Praise is used by the best managers and, once you become proficient in this skill, you'll also probably notice Reflective Listening being used by the best customer service representatives.  Calmer, Easier, Happier Parenting skills work with everyone, kids teens and adults.