A Reminder About Descriptive Praise 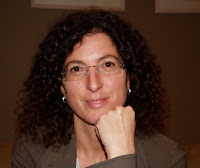 The other day in a parenting session with a couple and their two toddlers, I noticed that the parents were both very good at descriptively praising their children when they were doing the right thing. But when they told their toddler to stop doing something wrong, and the child did stop straight away, the parents said nothing.

So when your child does what you want them to do (whether it's starting to do something or stopping doing something), make sure you notice and mention it by giving them Descriptive Praise. This is a sure way of motivating your child to cooperate. "I asked you to stop banging your spoon and you did what I asked straight away. Thank you."

Suzanne Ferera (see profile below)
Vancouver, Canada
Posted by suzanne at 8:37 AM 2 comments:

Email ThisBlogThis!Share to TwitterShare to FacebookShare to Pinterest
Labels: listening and cooperation 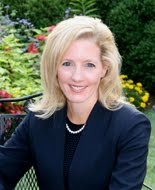 Most parents interested in Calmer, Easier, Happier Parenting have younger children ages three to twelve.  Some smart parents of adolescents pick up the tools. More and more in my counseling practice I am meeting parents struggling with the frustration of teens who fail to launch.  These parents have exhausted the nagging, complaining, and punishing routes to motivate their children.  Mom and Dad find themselves at their wits end. The good news is, it is never too late!  The Calmer, Easier, Happier Parenting methods do apply.

A few weeks ago a parent shared with me her frustration about her recent high school graduate's inability to get a job - any job.  She had come to the end of her rope and was adopting the strategy of some parenting experts who rely on consequences as the ultimate motivator. She had given her daughter the final ultimatum that if she did not have a job at the local day care by the end of the week she would have to move out of the house and in with her father. (The job had been found through a friend of the family and was guaranteed. The daughter's responsibility was only to download some forms, complete them, and submit them to the center by the end of the week. The obstacle to this was finding a working computer by either getting it back from the sister, borrowing one, or going to a public location.)

Mom was very frustrated. She was sure her daughter would not accomplish this small task.  A long history of lack of motivation and follow-through were damning and crippling.  We discussed the probable scenario:  Mom would call home to see if the daughter had submitted the papers.  Most likely the daughter wouldn't have done it, then mom and daughter would get in a fight and mom would have to force her daughter to live with her father who perhaps could do better.  The daughter would feel worse about herself and angry with her mother. Nobody felt good in this situation, and worse, there was little hope that Dad would be more successful. The only hope was relief of constant conflict and also that maybe something would possibly change in a new environment.  Not very encouraging.

I told mom about Descriptive Praise.  Descriptive praise is the most powerful and effective motivator there is. It is simple, but not always easy.  Descriptive praise is noticing good, just "OK" behavior or even small steps in the right direction and describing exactly what you see.  We reviewed the most probable outcome of the upcoming phone call with her daughter.  Most likely her daughter would not have submitted the papers to the daycare. Mom would feel angry, hurt, sad, and frustrated.  However, there was the possibility that she had taken some small step.  I suggested that mom set her feelings aside and look for whatever small step there was and to descriptively praise that step - no matter how small it was.

The next day mom came back to me with a big smile and upbeat attitude.  "You were right!  She had not completed the forms, but she had downloaded them.  I descriptively praised her, saying 'Alright, honey, that's a good step forward; you got the computer from your sister and already downloaded the forms.' I think my daughter was surprised to get the praise instead of the irritated reprimand and it completely changed the dynamic. She said that she would try to complete the forms and get them in tomorrow.  She even sounded a bit upbeat."  Mom was so happy.  This was entirely different from the expected destiny:  a hostile phone call ending in a hang up, a sullen daughter with no real energy to finish the task, and a disappointed, frustrated mother.

Mom may still have to follow through with the consequence, but with continued support using descriptive praise this daughter may secure the job and make further progress toward self-reliance in other areas of her life.  As parents we can spend our energies with negative methods that sometimes work, but most often only frustrate us when we do not get results. Or we can invest in positive methods that leave us and our children feeling happy as we move forward.