What to do when your child is upset 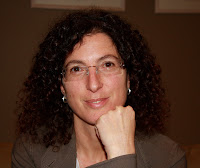 I was in the car with my girlfriend and she was late picking up her 13 year old son from school. She had phoned him to say she was going to be late, and he was already anxious about being the only one left outside the school.

When she arrived he was angry and upset. She immediately launched into an explanation about why she was late, and he got more angry and upset. I intervened and said, "Think of his feelings rather than your own." I then coached her to do a skill we call Reflective Listening. I explained that he doesn't want to hear your reasons or excuses--that he is upset and wants you to listen to his feelings. She then said to him, "I'm usually on time, and maybe you were worried about being left alone." He replied, "What kind of mother would be late for her child?" Instead of getting into another round of explanations and reasoning, she said, "I am sorry I was late; that must have been really upsetting." He then replied, "I don't like this, I am used to getting my mum all riled up and having an argument."


In the Calmer, Easier, Happier parenting approach, Reflective Listening is one of the five core strategies we teach parents. This skill teaches parents how to stay calm and deal with their child or teenagers uncomfortable feelings without getting upset, angry, denying, reasoning, justifying or explaining. With Reflective Listening parents learn an effective way to communicate that all feelings are valid no matter how unpleasant, although some actions are not allowed no matter how they feel. This strategy also gives us a way to stay calm!


1. Listen to your child or teen, nod and make encouraging comments like "Mmmm, I see, Oh, Ahh"

2. Temporarily put your own feelings on the shelf (when our kids get upset, it often make us upset!).
Resist the urge to justify, reason or explain.

3. Step inside your child or teen's shoes and try and guess how he may be feeling


4. Reflect back in words what you think he may be feeling--be tentative. Use phrases like "Maybe you're angry that..." or "You might wish our rule were different about...", etc.


You will see that once your child or teen feels heard and understood, he'll be able to get over strong feelings more quickly and will be in a better position to listen to what you have to say or to problem solve for himself.


Suzanne Ferera (view profile below)
Vancouver, BC
Posted by suzanne at 9:00 AM