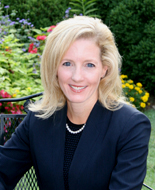 If you have not seen the sickening YouTube video of Judge William Adams beating his 16 year old daughter - don't! It is a classic example of abuse in the guise of discipline. In preparing for this post, I decided to watch the original video that drew several million views and made national headlines.

Within sixty seconds of beginning the clip my 17 year old called from the other room, "What are you watching?" I paused the video and shut the door. This was not something I wanted my kids to see or hear.

In 2004 the Texas family law judge punished his daughter, Hillari, for illegally downloading software on the computer. Hillari is disabled with cerebral palsy. In the video he begins the attack by turning out the lights in the room so as not to be seen through the windows. He then begins swearing and lashing his daughter with a belt. He threatens her, tells her "you caused this" and "this is what it has come to."


This abhorrent episode is an extreme example of how "smacking" does not teach a lesson, rather it teaches fear, distrust, and self-protective strategies. Most people seem to agree that Judge Adams' actions were indefensible, and way beyond the bounds of effective parenting. However, this incident has triggered a national discussion: "Is corporal punishment ever OK?"

Noël Janis-Norton wrote a book, Can't Smack, Won't Smack, to offer parents alternatives to physical punishment. In the book, she rebuts many of the common arguments in favor of "smacking."  Some of these have been aired recently on talk shows and in opinion pages. One favorite is the idea that a child who might ignore a talking parent cannot ignore physical punishment. Or, that a child may not understand reasoning - but they do understand avoiding pain, and a physical "lesson" can be administered far more quickly than a time-out or other non-spanking punishment. We often hear that cultures across the world use various forms of corporal punishment, so who are we to judge? Or, that children can certainly be exasperating and many parents will occasionally lose their temper and resort to a "smack."

Noël responds to these arguments by acknowledging that it is understandable that an overly stressed parent might resort to spanking, but that most parents would rather not spank their children if there were a better choice.

There are obvious negative outcomes when parents use corporal punishment. Spanking a child can create distrust of the parent. When we spank, we teach our children that force is an acceptable solution to problems. The consequences of this "lesson" are often seen on the play ground or among siblings.  Some children are spanked repeatedly for the same behavior - clearly spanking is not working.  Importantly, Noel notes in her book that schools no longer use corporal punishment because it breeds resentment without improving behavior.

Judge Adams' beating of his daughter, Hillari, did not improve her obedience to her father. It seems it ended in a power struggle that is being played out on a national level. On the local level, in our own homes, spanking risks similar resentment and does not strengthen the parent-child bond, as more positive parenting strategies do.

There is an alternative to spanking, and parents who have chosen to use the Calmer, Easier, Happier parenting skills have quickly and effectively solved serious behavior problems - without physically punishing their children.

Posted by Amanda Deverich at 5:27 PM