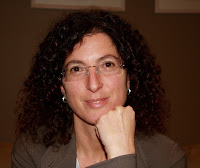 Continuing with the consequences theme...

A parent asked me what she should do because her 11 year old son had sworn at school. He was not the only one, but he was the only one to get caught. The mother asked how I thought she should punish him or what consequence he should face.

My reply to her was that it is easy to get upset when our children do the wrong thing, and we get even more upset when they get into trouble at school. The first thing we want to do is tell off or punish. What I recommended that she do instead was to have a Think Through with her son, which is one of the Calmer, Easier, Happier strategies that we teach.

'Think Through' comes under the Foundation Skill of Preparing For Success. The Think Through would go something like this - parent to child:

"When your friends are swearing in class, what can you do instead?"

" How might it feel to do something different from your fellow class mates? Do you think that will be difficult? What might make it easier?"

You can then Reflectively Listen to how your child might be feeling about this situation. You could say:

" It must be very tempting to want to fit in? It would probably feel hard to do something different. There can be a lot of pressure to do the same things as everyone else, even if you know it is wrong."

I would not suggest giving a punishment, as you would not want your child to be worried about coming and talking to you about any mistakes he makes for fear that he will get into trouble. Also, punishments never teach children what they should do, and certainly don't motivate them to do something better.

As a consequence, I suggested this child could write a note of apology or apologize in person to the teacher. Part of a Think Through would also include a question such as, "If you do make a mistake and swear what will be the consequence?" So the child has a clear understanding of the consequences of his behavior. This is far more effective than just reacting to a mistake with a  a punishment.